CSO Representatives to the EITI –MSG for Uganda elected 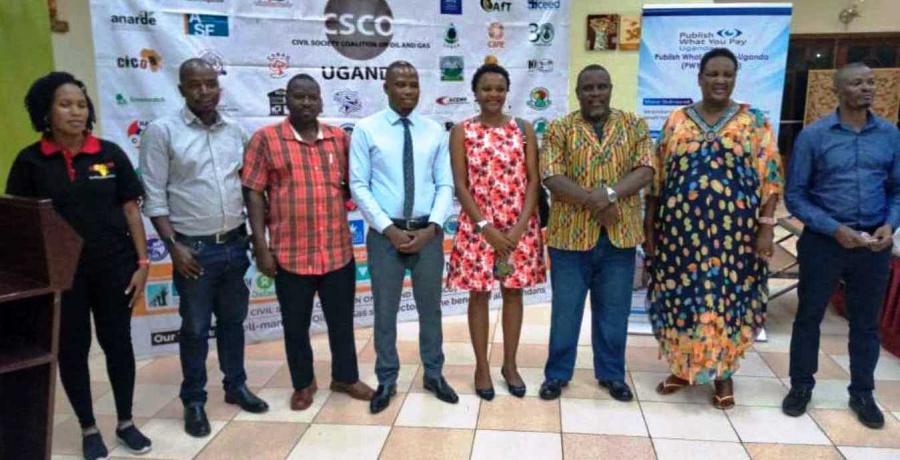 On 19th March 2021, UNNGOF joined other CSO actors under the Coalition on Oil and Gas for a meeting to vote for proxies to EITI Multi-Stakeholder Group for Uganda. Uganda was admitted into the Extractive Industries Transparency Initiative (EITI) in August 2020 by the EITI International Secretariat making it the 54th member country globally, and 26th African country to join the initiative. The EITI is an international framework that requires governments and mining companies to publish and reconcile data on oil, gas, and mining revenues as a mechanism for ensuring transparency, accountability and subsequently proper management of revenues that accrue from a country’s natural resources exploitation among other associated benefits.

This created excitement among key players in the Extractives Industry like the CSOs and steered discussions on transparency and good governance of Uganda’s natural resources and more specifically, what the government decision meant for the country. Uganda has henceforth embarked on the implementation of the EITI and a Multi-Stakeholder Group (MSG) was formed consisting of Government, Private Sector players and CSO representatives.

The CSO Coalition on Oil and Gas (CSCO) and Publish What You Pay – Uganda (PWYP) were nominated as CSO conveners with the mandate to coordinate all CSO participation in EITI implementation. So, as part of consolidating CSO efforts on the Multi-Stakeholder Group, CSCO convened this meeting at Imperial Royale Hotel - Kampala to share the EITI roadmap and the expected role/Terms of Reference for CSO representatives but also allow the shortlisted proxies campaign and be voted. Out of the 7 shortlisted candidates, 5 were needed and thus voted i.e;

Moving forward, this list of voted persons together with their CVs will be submitted to Government for vetting and endorsement to serve a 3-year term.

The Civil Society Coalition on Oil and Gas (CSCO) is a loose network of 60-member organizations working towards sustainable governance of Uganda’s oil and gas resources so as to maximize the benefits to the people of Uganda. The Coalition was founded in 2008 to nurture and harness a shared civil society platform for promoting and strengthening civil society coordination, networking and advocacy in the Oil and Gas sub-sector. The Publish What You Pay (PWYP) coalition in Uganda was launched in 2008 and addresses a range of issues, from campaigning for the country to join the EITI to conducting advocacy for the publication of extractive contracts.