Turn the Tide for the Ruined Lake Wamala Ecosystem 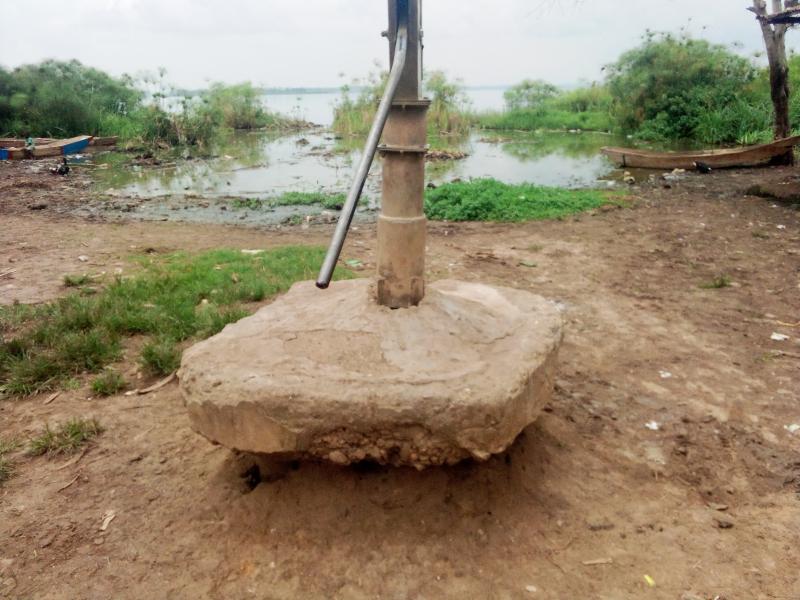 Lake Wamala, found in central Uganda, is under high pressure due to the increasing human population of around one million people. Natural habitats in the basin have been converted for other land uses, primarily agriculture. The basin holds extensive forested areas, but these are subject to significant ongoing deforestation, leading to erosion and increased siltation in the lake and inflowing rivers.

That Lake Wamala is vanishing is no longer breaking news. What is new is the unique and complex activities around the basin. The lake was identified to be in a very sorry in 2007 that prompted rigorous advocacy action by Kikandwa Environment Association (KEA), Uganda Coalition for Sustainable Development (UCSD) and National Association of Professional Environmentalists (NAPE) to highlight its plight to the Government and development agencies.

According to John Kaganga (KEA), the lake situation showed temporary improvement - for example, cleanliness improved while the water level rose between 2013 and 2018.

However, a survey carried out by KEA in 2021 revealed that the situation was becoming worse than it was in 2007 due to laxity and lack of resources to sustain the public awareness and advocacy campaign, sensitization sessions, trainings, and practical activities such as periodic cleanups, tree-planting to support law enforcement measures.

The COVID-19 pandemic also contributed to the worsening situation. Communities lost jobs and looked at the lake as the sole source of livelihood, hoping for increased fish catches which dwindled due to the receding water levels over time. KEA notes, 'Many people who depend on Lake Wamala are already contending with high poverty rates, lack of basic services like education and healthcare, and the devastating impact of changing weather patterns resulting in extended droughts. KEA further adds that people are drawing water to irrigate their crops and fishing without regulation, which further threatens the remaining fauna and flora.

Lake Wamala covers a total area of 250 km². It is a relatively shallow with a depth ranging from 1.5m to 4.5m. The Lake covers an area of approximately 250 square kilometres. It is dotted by many islands, and several rivers that flow into it. The Lake is drained by the Kibimba River into the Katonga River, which in turn drains into Lake Victoria. The Kibimba River, however, is highly seasonal and for much of the time its course remains essentially dry.

Lake Wamala is of significant economic and cultural interest locally and is jointly administered by the districts of Mubende, Mityana, and Gomba, each of which share a part of this lake. Lake Wamala is of historical significance as it derives its name from King Wamala, the last king of the Chwezi dynasty that once covered the central, western and southern parts of Uganda, northern Tanzania, western Kenya and eastern Democratic Republic of Congo.

KEA is concerned that increasing land fragmentation, competing land uses, poor fishing methods, unpredictable weather conditions, poor implementation of regulations, and outright abuse of office are driving Lake Wamala to its ultimate deathbed if nothing is done to address these challenges. These issues are in tandem with the IUCN Report (2018) titled 'Fresh Water Biodiversity in the Lake Victoria Basin' which noted that, 'Despite general agreement of the local governments, no progress has been made since and the participants discussed how to restart the process as the political will seems still to be there. There are both biodiversity and cultural values for which the area should be recognized as a site of international importance.' Hence, the IUCN Report recommended the conservation of the Lake Wamala Catchment as a Key Biodiversity Area, including designating it as a Ramsar site of International Importance (a process that has dragged on since 2015).

Read the strategy for the conservation of the Lake Wamala Catchment KBA in the IUCN Report (2018) “Fresh Water Biodiversity in the Lake Victoria Basin’ (pp 174-8): https://portals.iucn.org/library/sites/library/files/documents/RL-2018-002-En.pdf

Community facilitators convened for a two-day refresher training on their role in championing local solutions to local problems.

Our member, Self Help Africa seeks to recruit a suitable Office Manager.

Mental Health Uganda (MHU) seeks the services of a suitable consultant to update/validate the database of mental health services.

UNNGOF seeks applications from competent individuals or firms to conduct a baseline survey.

Last week, UNNGOF held the RAN Leaders Congress to reflect on 2022, review contexts, and plan for activities of 2023.

In this New Year Message, CSO leaders share reflections on 2022 and offer recommendations for the future as we begin 2023.

This morning, the Uganda National NGO Forum (UNNGOF) led a team of civil society organizations to engage with the Uganda Human Rights Commission (UHRC) on various issues of mutual interest.