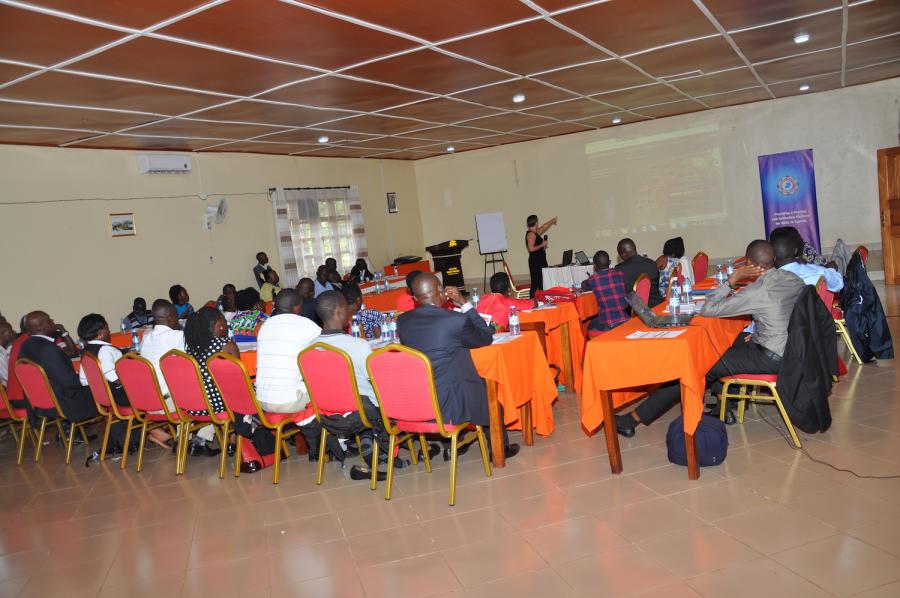 In an effort to address child-related tribulations in Uganda, there is need for local governments at all levels to re-focus their plans and budgets to allocate resources that will enable them deal with the increasing child rights violations in communities such as child labour, child neglect and abandonment, teenage pregnancy and child marriages among others.

This call was made by Mr. Byaruhanga Cosmas a delegate for Uganda Local Governments Associaton (ULGA) while speaking during the Mid-Western Regional learning event on strengthening child rights governance in Uganda held on 7th August 2018 at Hotel Kontik-Hoima. Mr. Byaruhanga revealed that though Local Governments are the custodians of the law and are supposed to allocate funds to cater and advocate for the rights of the children, most of them do not give it attention. “When you look at budgeting at district level, nobody is talking about children, even the local revenue raised, children are nowhere in the budget. We know local governments do not have sufficient funds, but we must strive, share on what we have and allocate some resources to address children’s plight in our regions, “he said

While presenting on the rings of responsibility in child protection, Mr. Ebong Kenneth the District Community Development Officer-Hoima noted that the first ring is the family which has the highest stake in ensuring that children’s rights are upheld. He called upon stakeholders to increase sensitization of parents on their duty to protect children.

Several action points were generated by the participants at the meeting including; the need to support vulnerable families to access government programmes such as operation wealth creation, increase sensitization on birth registration processes, sensitizing communities on children’s rights as many seem not to be aware, make use of existing systems like 116 child helpline and other systems to report child abuse, need for stakeholders to emphasize both rights and responsibilities interchangeably so that in future, the country does not only have people that know their rights but neglect their responsibilities, need for increased funding in the social sector to have more efficient and skilled workforce,  encouraging positive parenting approach that puts the best interests of children at any aspect of life first, engaging Members of Parliament to ensure child sensitive budgets, induction of local councils on Child Rights.

UNNGOF with support from UNICEF is implementing Strengthening Child Rights Advocacy in Uganda Project in Yumbe, Adjumani, Arua, Hoima, Kibaale, Kyenjojo, Kampala, Iganga and Kamuli. The objective is to strengthen the capacity of CSOs to engage more effectively on child rights governance at the district level.  As part of strengthening the capacity of CSOs to engage district leadership and advocate for issues of children and young people, UNNGOF organized the learning event with ULGA regional representatives in mid-western region on the existing legal and policy frameworks on social protection and child rights.

According to the 2017 Humanium report, rural children are three times more likely to be

Deepening Partnerships is Vital for the Humanitarian Sector to Thrive

Over the past one month, The Uganda National NGO Forum (UNNGOF) and partners under the

Many children born in the slums cannot access basic necessities right from birth.