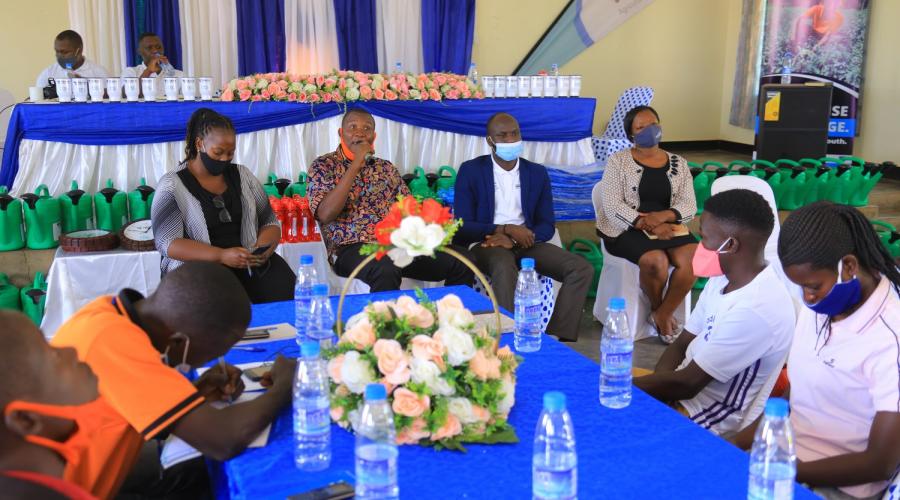 Around the world, unemployment affects over 67 million young people, the global youth unemployment stands at 13.6% and the number varies per region. For example, in North Africa it stands at 30% which is more than twice the global rate. Having a significant amount of young people out of work can negatively impact a community’s economic growth and development (Youth Unemployment: a global crisis – Mercy Corps 2020 Report). If left unchecked, youth unemployment can have serious social repercussions because unemployed youth tend to feel left out, leading to social exclusion, anxiety and a lack of hope for the future. This crisis shows that there is a need to help young people enter into, and remain in, employment.

Against this background, Teach A Man To Fish comes in with a philosophy of “Give a man a fish and you will feed him for a day; teach a man to fish and you will feed him for a lifetime”. They aim to eradicate poverty by supporting young people in developing countries to develop skills and knowledge for economic empowerment. This is done through supporting schools, youth groups, NGOs and training centres to establish enterprises. The enterprises serve as learning platforms and as income generating ventures for the organizations/schools as young people work on businesses alongside their academic education. In this way, young people learn valuable business and entrepreneurial skills but also the school is able to raise some additional funds to boost their sustainability.

Teach A Man To Fish is an international Organization headquartered in UK and with operations in Latin America, Asia and Africa reaching over 10 countries Uganda inclusive. Uganda National NGO Forum is delighted to have this organization joining its membership and an orientation session was held on 20th April 2021 at their Uganda office along Sir Apollo Kagwa Road.

The Head of Programs Mr. Bwengye Anthony told the UNNGOF team that this organization opened its operations in Uganda in 2014 and apparently runs interventions in Mpigi, Dokolo, Arua, Kikube, Lamwo, Mityana and Yumbe districts. One of its programmes is called - the School Enterprise Challenge in Uganda that targets primary, secondary and tertiary schools, with a mission to empower young people with the skills they need to succeed in school, work and life. Anthony says, that the program is designed to equip learners with essential 21st century skills as well as business knowledge in a fun and interactive way, enabling learners complete the school cycle, perform well in school and succeed after school. It trains and provides the resources and support to guide teachers and learners through a step-by-step process on how to come up with a business idea, plan and set up a school business, run a successful school business and write an annual report. Currently, 224 schools, at primary, secondary and vocational levels, are benefiting from the School Enterprise Challenge in Uganda.

Local Humanitarian Actors Push for the Realization of the Localisation Agenda

Today, Uganda is hosting more than 1.4 million refugees in vari

Women at the Centre of Humanitarian Response

With support from OXFAM and UNNGOF, the African Women and Youth

Children should not be left behind in the SDGs Campaign

Initiated and incorporated in June 2006,