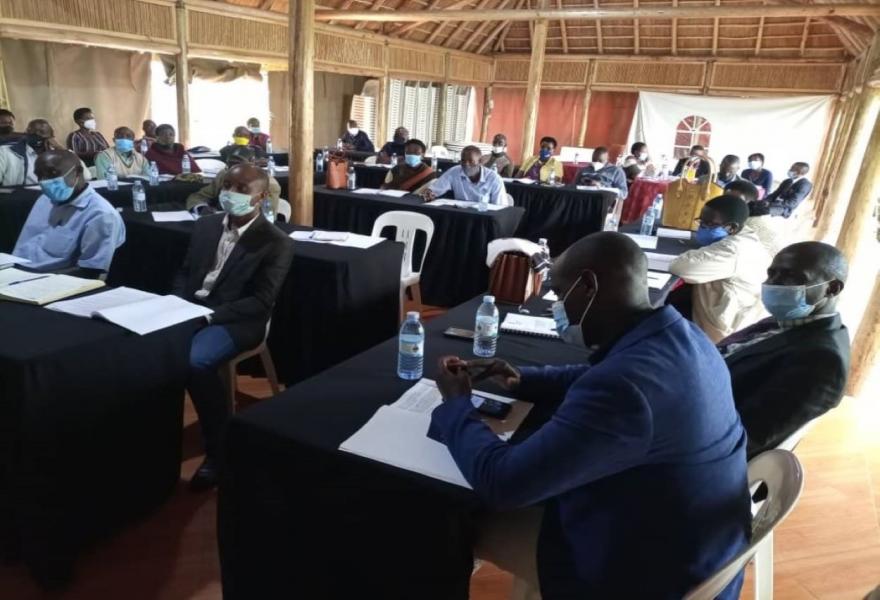 The assembly was attended by WACSOF member organizations from Greater Bushenyi districts and the Bushenyi RDC, Ms Jane Asiimwe Muhindo was the Guest of Honour. She was accompanied by the DISO, Mr John Ssewanyana and District Community Development Officer, Mr Basil Muhanguzi.

While speaking at the assembly, the RDC emphasized the need for civil society organizations to desist from participating in partisan politics and adhere to regulations. She pledged to work with CSO/NGOs for the development of Bushenyi District.

During the meeting, a five-year strategic plan and an annual work plan, and membership policy were presented and approved by the member organizations. The assembly also elected a code of conduct committee.

Over the previous year, WACSOF was able to attract funding from a number of partners including GIZ, CSBAG, Inspectorate of Government, DGF, and the Uganda National NGO Forum to deliver a number of activities.

WACSOF was established on November 9th, 2005 as a Network of Citizens Organisations and registered in May 2006 with the Uganda National NGO Board as a Non-Governmental Organisation.

WACSOF programs are tailored to its mission, which is to provide a platform for citizens in the Ankole region to build consensus on critical government and development issues and influence their attainment.

For more information about this Organization, please visit their website www.wacsof.or.ug