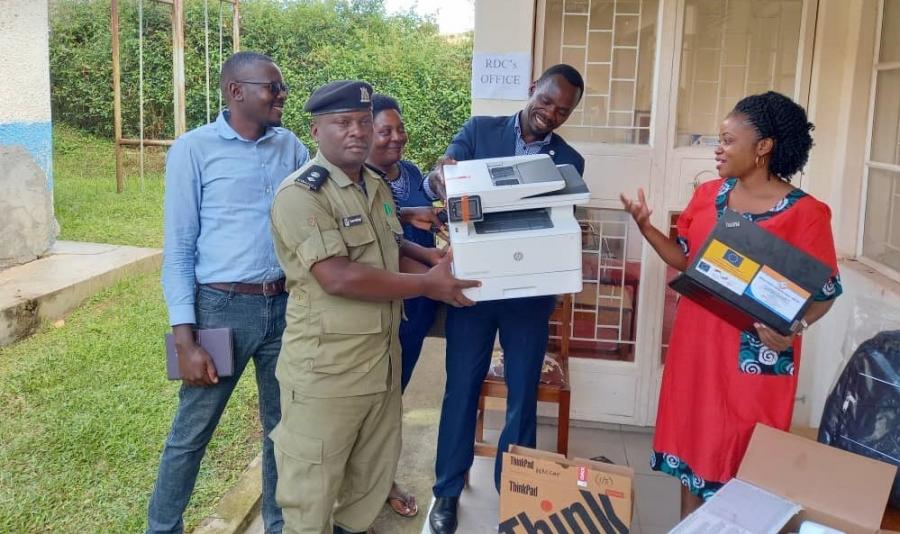 These useful assets, were handed over by Western Ankole Civil Society Forum (WACSOF) to the offices of the Resident District Commissioner (RDC) and Police Criminal Investigations Directorate (CID) respectively.

The project will benefit three districts of Bushenyi, Mbarara and Ibanda according to WACSOF Executive Director, Mr Apollo Lee Kakonge.

In a bid to increase accountability and transparency in Local Governments in Uganda, the Directorate of Ethics and Integrity established District Integrity Promotion Forums (DIPF). The DIPF are supposed to act as watchdog to identify corruption incidences at an early stage and act immediately.

CONSULTANCY OPPORTUNITIES at Self Help Africa

Our member, Self Help Africa seeks the services of consultants for the following 03 opp

As one of the key promoters of QuAM, UNNGOF participated in a QuAM workshop organized to establish and strengthen the capacity of QuAM structures in Ankole region.

This is K on the afternoon of the 27th of June 2022.  She is 16 years old, loves history and dreams of one day becoming a lawyer. In her arms she is holding her daughter Hamira, who she gave birth to just that morning.

The Untapped Potential of Philanthropy!

“Philanthropy has the potential to spur community transformation if put to proper use.” - Dr. Jacklyn Makaaru Arinaitwe.