Use NDPIII to revive Masaka Town 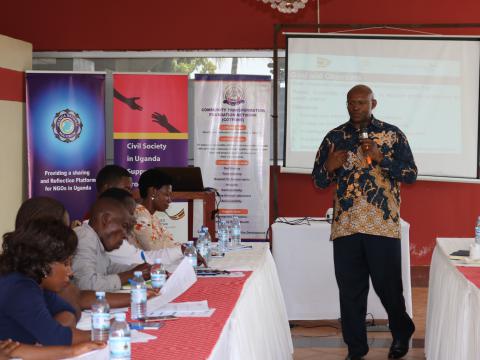 Masaka is the fourth largest town in Uganda and one of the oldest urban units in Uganda having been founded as an Indian trading center in 1900. It became a township in 1953, a town council in 1958 and later elevated to a municipality in 1968.  Masaka has suffered more than any other town in Uganda’s history during the 1966 crisis, 1972 with expulsion of Asians and killing of its Mayor Francis Walugembe on the orders of Col. Abdallar Nasur who was the Governor of Masaka and more during the 1979 Tanzanian invasion. In May 1966, Col. Amin was the Army Chief of Staff and attacked Mengo palace on the orders of Prime Minister Milton Obote. The army then took over Mengo, Bamunanika, Masaka and Kampala.

In October 1978, President Idi Amin ordered the Masaka based suicide battalion and the Mbarara based Simba battalion to invade Tanzania under the pretext of persuing 200 mutineers from his army. In the event, the Uganda battalion occupied the Tanzania’s Northwestern province of Kagera, and ravaged the countryside in an orgy of rape, theft and destruction that forced about 40,000 peasants to flee from the area.  In retaliation, Tanzania President Julius Nyerere ordered 45,000 Tanzanian troops supported by the Uganda National Liberation Army an approximately 1,000 strong army of exiled Ugandans to drive Amin’s army out of Kagera, then to create a military buffer zone by capturing the largest towns close to the Tanzanian boarder, Masaka and Mbarara.

The outnumbered suicide battalion fled to a nearby hilltops of Kizungu, Bwala and Nkoni where they watched helplessly as the first Governor’s mansion and several other government buildings including Posta and Bank of Uganda collapsed under missile fire, then shops and houses were ransacked as the Tanzanian soldiers poured into the town center.  The tide of instability continued and proceeded deeper in Greater Masaka between 1981-85 until the NRA captured Kampala. The effect of the attack on Masaka was that able-bodied and successful residents started flocking Kampala for business and study opportunities and explains why unlike any other towns, most people from Masaka are in Kampala. Despite some rebuilding in recent years, the town center still has a rather poor appearance and offers little to excite outsiders; the roads remain extensively pot-holed and lined with incomplete construction work, while the scars of battle are visible in the form of several dilapidated shells of bombed-out buildings along the old Kampala road.

Whereas the local leaders and members of Parliament are currently pushing government to elevate the town to a city, challenges such as population size still affects it. Ironically Greater Masaka district which composed of Buganda’s kingdom’s former counties of Buddu, Kkooki, Kabula, Mawogoola, and Ssese Islands has since been divided into eight districts including Rakai, Kalangala, Ssembabule, Lyantonde, Kalungu, Bukomansimbi, Lwengo. Similarly, poor garbage and waste management, lack of functional public toilets, lack of well developed structures and physical planning and low local revenue collection may affect the municipalities chances of becoming a city (Daily Monitor Thursday August 15, 2019 Page 10).

Mr. George Ntambaazi a Masaka-born political analyst/lawyer based in Kampala argues that given its bloody history, Masaka currently needs a tactical solution and a political masterstroke to restore its economy. Mr. Ntambaazi narrated the above Masaka bloody history at the Central region CSO consultative meeting on the draft NDPIII organized by UNNGOF in collaboration with COTFONE at Tropic Inn Hotel- Masaka on 20th August 2019 where he challenged the leadership of Greater Masaka to take advantage of the NDPIII to make drastic investments in the region to ensure Masaka is elevated to city status.

Uganda National NGO Forum in partnership with its Sub national partners and with support from GIZ/CUSP is convening regional CSO consultative meetings (#NDPIII19) to mobilize citizens and their organizations to contribute to the NDPIII formulation process. The outcome of these meetings will be a CSO position paper to be submitted to National Planning Authority.